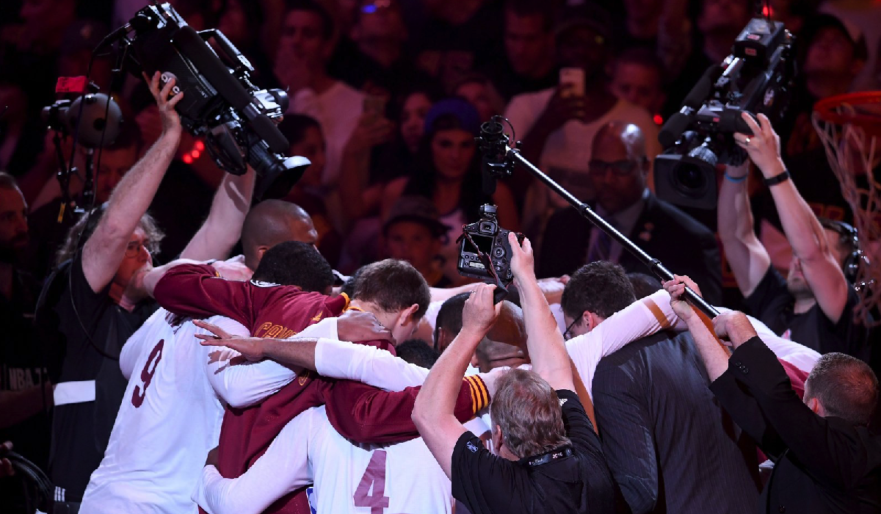 As a coach, I always aim to improve my communication skills. While I have a firm grasp on my philosophy, as well as the team culture and style of play that I want to see, it is nothing if I cannot get the message across. As John Wooden would say: “You haven’t taught until they have learned.”

Emphasizing a team culture helps youth adopt a different mindset, assuming the dominant characteristics of the group. Character skills are malleable, like intellectual and athletic ability (Tough, 2012, p. 97). Key words can be repeated in huddles and used as positive self-talk.

It is easier to understand a concept if one can see it in action or immerse themselves in it. Images, anecdotes or role models make an abstract idea written on a page seem much more relatable and achievable. Following the example of Anson Dorrance (North Carolina Women’s Soccer Coach) and other instructors, I will be passing on some examples of a team culture as part of the tryout and pre-season phases of the season (Duckworth, 2016, p. 256).

For the 2016-17 high school season, I would like to focus on three action phrases to define to simple culture that I want to establish in the short time that I am coaching the team. The three tenets of the team’s culture will be push each other to get better, pull together and persevere. If we can do that most of the time, I think that we’ll be okay. Here are three articles (or you can use the video clips for visual learners) that I will be using to exemplify those ideas.

Push Each Other to Get Better

When LeBron James played for the Miami Heat, he routinely held pre-training-camp workouts with star players such as Kevin Durant at his home in Ohio. Now that he’s back with the Cleveland Cavaliers, James is taking his September workouts to Miami.

James has been spending time with rehabbing teammate Kyrie Irving recently in South Florida as both prepare for the opening of training camp at the end of the month, sources told ESPN.com. He has reached out to his Cavs teammates, and numerous players are planning to come in for voluntary workouts this week and next, sources said.

LeBron James has reached out to his Cavs teammates, and numerous players are planning to come to Miami for voluntary workouts this week and next, sources told ESPN. Cleveland.com first reported that James was organizing workouts in Miami.

Irving, who had surgery to repair a fractured kneecap in June, has not yet been cleared to take part in basketball activities, so he worked on conditioning alongside James, sources said. Irving has spent the summer in Miami recovering and is not expected to be ready for the start of training camp. James spent time in Miami himself during last season as he recovered from knee and back issues.

The Cavs workouts are part of a league-wide trend of players organizing group offseason workouts. Recently, Dwyane Wade organized workouts with Heat teammates in Los Angeles. Last week, Damian Lillard posted a photo on Instagram of a group workout with more than 10 of his Portland Trail Blazers teammates.

The Spurs played seamlessly through all five games of the N.B.A. finals, moving the ball from player to player, from corner to corner, all their effortless teamwork. They made a complicated game look easy. On the court, it sounded a bit different and more complicated.

Eight players on the current roster were born outside the United States. Loosely translated, that means the Spurs use at least four languages – English, Spanish, French and Italian – to communicate among themselves.

Manu Ginobili, an Argentine, is the team’s one-man version of the United Nations, capable of conversing in Spanish with his Brazilian teammate Tiago Splitter and in Italian with Marco Belinelli, who was born outside Bologna. Boris Diaw, who is from France, converses en français with Tony Parker, who was born in Belgium but grew up in France. Both players also know some Italian, enough to eavesdrop on conversations between Ginobili and Belinelli.

The Spurs’ predominant language, of course, is English. Everyone on the team speaks it fluently, and the coaching staff encourages the players to use English.

“We have to use our language to communicate the plays we’re calling and the defensive schemes we’re using,” [Assistant Coach Eric] Forcier said. “In terms of making sure you execute your system, communication is one of the most critical components of the game.”

Timeouts, too, can be a well-choreographed adventure. After Popovich makes his points, Ginobili will reinforce the message to Belinelli in Italian. Popovich has his own way of communicating, and understanding can be an acquired skill.

“If there’s any degree of hesitation where a language barrier could come into play, they want to make sure it’s eliminated,” Forcier said.

Growing up in Toronto, Joseph studied French through the ninth grade. He said he would be able to understand pieces of Parker’s conversations with Diaw if they would slow down. At least Joseph can take solace in his claim as the team’s lone Canadian.

“I just speak my own dialect,” he said. “Nobody understands me.”

Long before Curry’s name led the NBA MVP conversation, long before he obliterated his own record for 3-pointers in a season (286) and led the league in steals, free throw percentage and win shares per 48 minutes, he was Charlotte Christian High School’s hidden gym rat.

But if no one else did, Curry himself knew what was coming.

“His vision isn’t just the vision of being one step ahead in terms of the action on the court,” explained Bob McKillop, Curry’s coach at Davidson. “His vision is also his ability to see what’s in front of him.”

Burning within the outwardly cool Curry was a dream. Though nationally ignored, developing locally was a legion of Curry believers. The start of something big in the body of someone so small.

Despite Rivals’ modest three-star rating and the lack of interest from powerhouse schools, those closest to Curry remember something different as he matured into an MVP-caliber player. Coaches [Shonn] Brown and McKillop remember why Curry’s striking lack of size and muscle didn’t matter: he had everything else. Curry had the work ethic of a cager scorned, the IQ of a player’s son surrounded by the game.

Despite Dell Curry’s 16-year NBA career, after which he retired as the Charlotte Hornets’ all-time leading scorer, his son’s opportunities in the game were not fed to him with silver spoons.

Coach Brown remembers, instead, Curry’s willingness to work. At his home, it took the shape of commonplace chores: washing dogs and dishes. But in the gym, be it at Charlotte Christian or in afterhours sessions with his dad off site, Curry’s focus was extraordinary.

“If we had a 6 a.m. workout, (the Currys) were here,” Brown said. “First ones in. Last ones to leave. Taking game film home and watching it as we’re preparing for opponents.

“Every year he brought something new to his game. And that was truly just a function of him working.”

McKillop claims that will to work continues to push Curry. The coach says he and his former player spoke before the playoffs – and Curry had work to do: core exercises and cardio to compensate for 17 missed fourth quarters this season.

“Here’s a guy who is in the talk for MVP and he’s going to work at his stamina,” McKillop said. “How many guys are going to do that, that late in the season, with that amount of success?

Curry has killer confidence and competitiveness. McKillop called it Curry’s “quest for excellence” – a “fire that raged within him.”

“He had no fear of failure,” McKillop said. “If he missed a shot, missed five shots, he didn’t care. It didn’t disrupt him. It didn’t destroy his focus. He knew he was going to make the next five.”

Brown saw it play out on and beyond the court. Be it checkers, spades, the arcade golf game Golden Tee, games of HORSE or halfcourt shoot-offs with his dad, Curry never held back. In his own kind, soft-spoken style, Curry wanted you to know he wanted to win, that he could conquer you. No mercy.

When Curry had a vision of where he’d be. When he refused to wait for the rest of us to make the cut. When the smallest star in Queen City bet on himself.