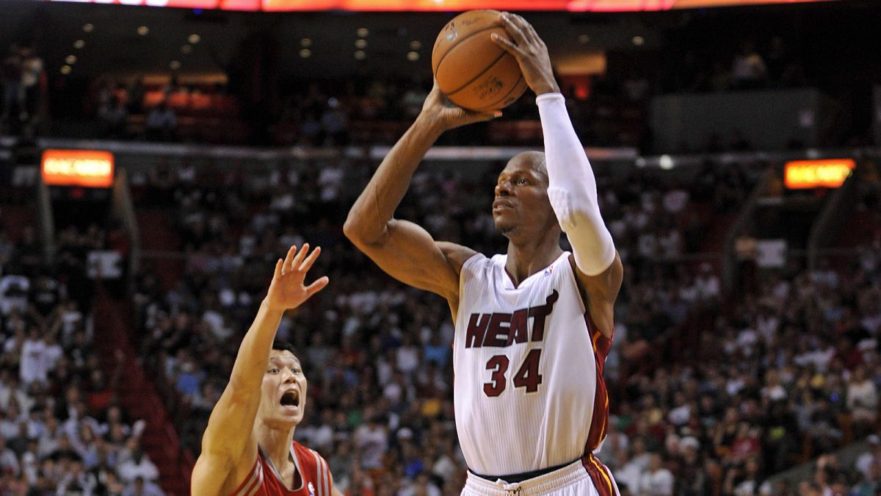 When there is sufficient time and space, shooting percentage skyrockets. Use pin down screens to free shooters so they can take high percentage shots.

Ray Allen Series (Pin Down A)

Execute two types of each shot (curl around screen and finish at the rim, shooting a floater in the middle of the lane, popping and catching and shooting). Keep moving for a minute or a set interval or shots (6, 12). 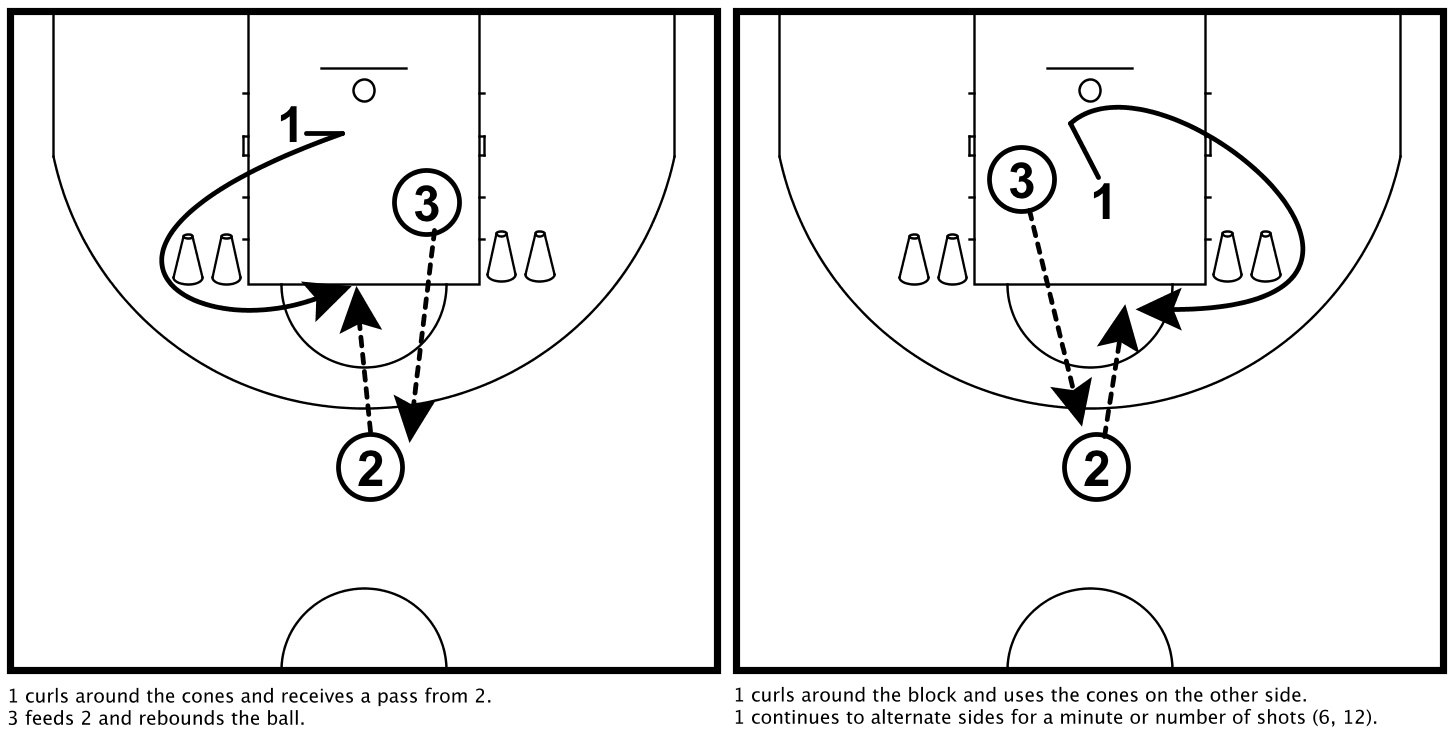 Rotation: cutter to rebounder, passer to cutter, rebounder to passer.

Coach Positioning: Stand outside the arc at the foul line extended.

Time: 6 minutes. Allow each player to pass through the drill 3-4 times. Work:Pause Ratio: 1:2.

Thunder Drill (Pin Down B)

Two players start on the blocks and lines are formed at the top of the key. The first player does not need a ball and begins the drill by setting a pin down for the player on their side. The cutter uses the screen and reads the coach, who is playing guided defense and gets a pass from the opposite site. The shooter rebounds the ball and takes it to the opposite line. The passer sets a pin down for their counterpart. The screener stays down on the block and becomes the cutter. 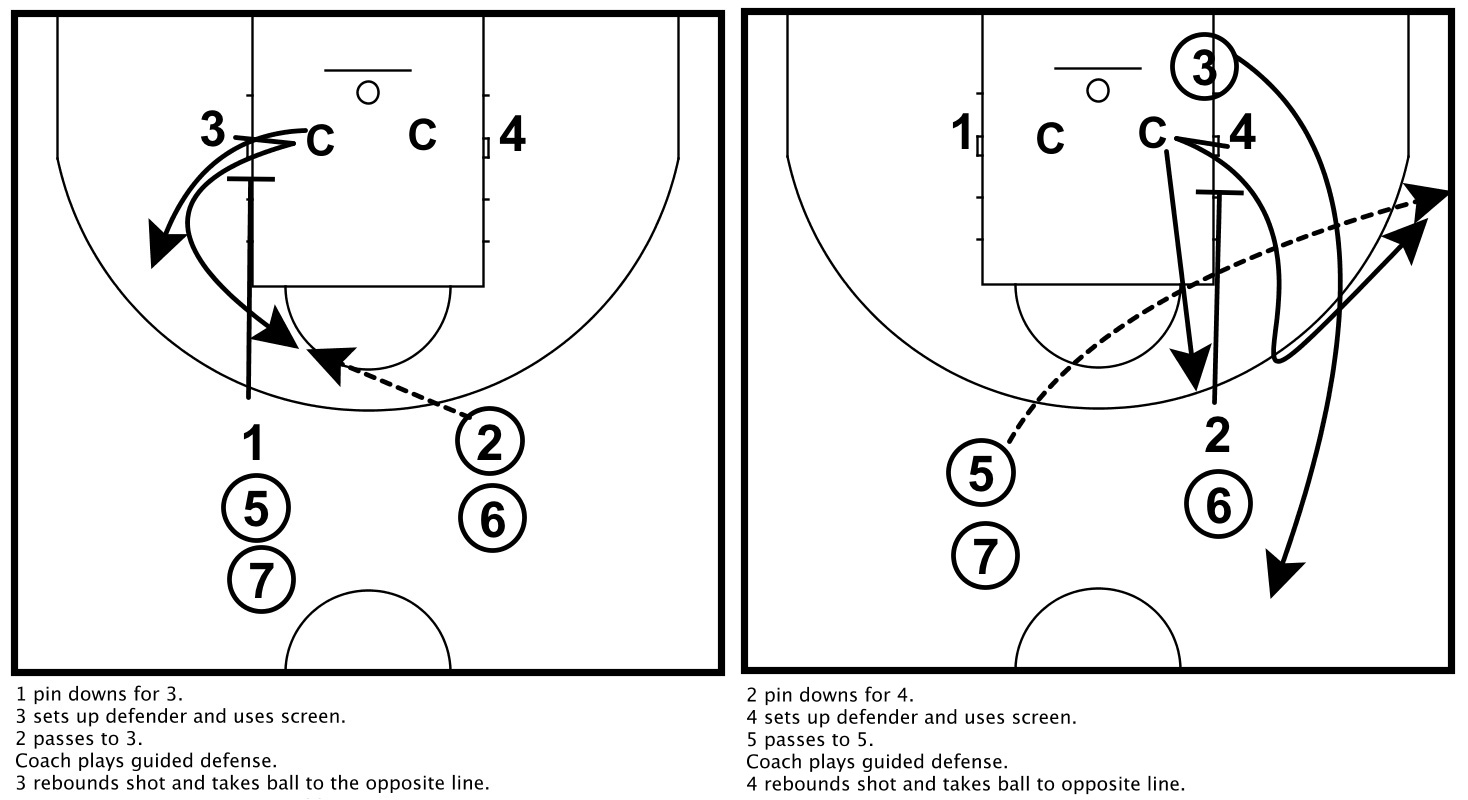 Rotation: passer to screener, screener to cutter, cutter to passer (on the other side).

Progression: Activate the other side by having the coach on the opposite side help and the player flash or duck in for a pass, Change the angle of the screen, Call a turnover if the pass or screen is not performed correctly.

The offense sets a pin down screen and the Coach passes to an open player (either the cutter or the screener). Afterwards, the play is live.

Set the defender up for the screen. Look over the shoulder to see the defense and change how the screen is used (i.e. if the defender trails: go under, if defender goes over: fade). The screener should go opposite the cutter. Both teams must communicate. Only use half the court to get open. 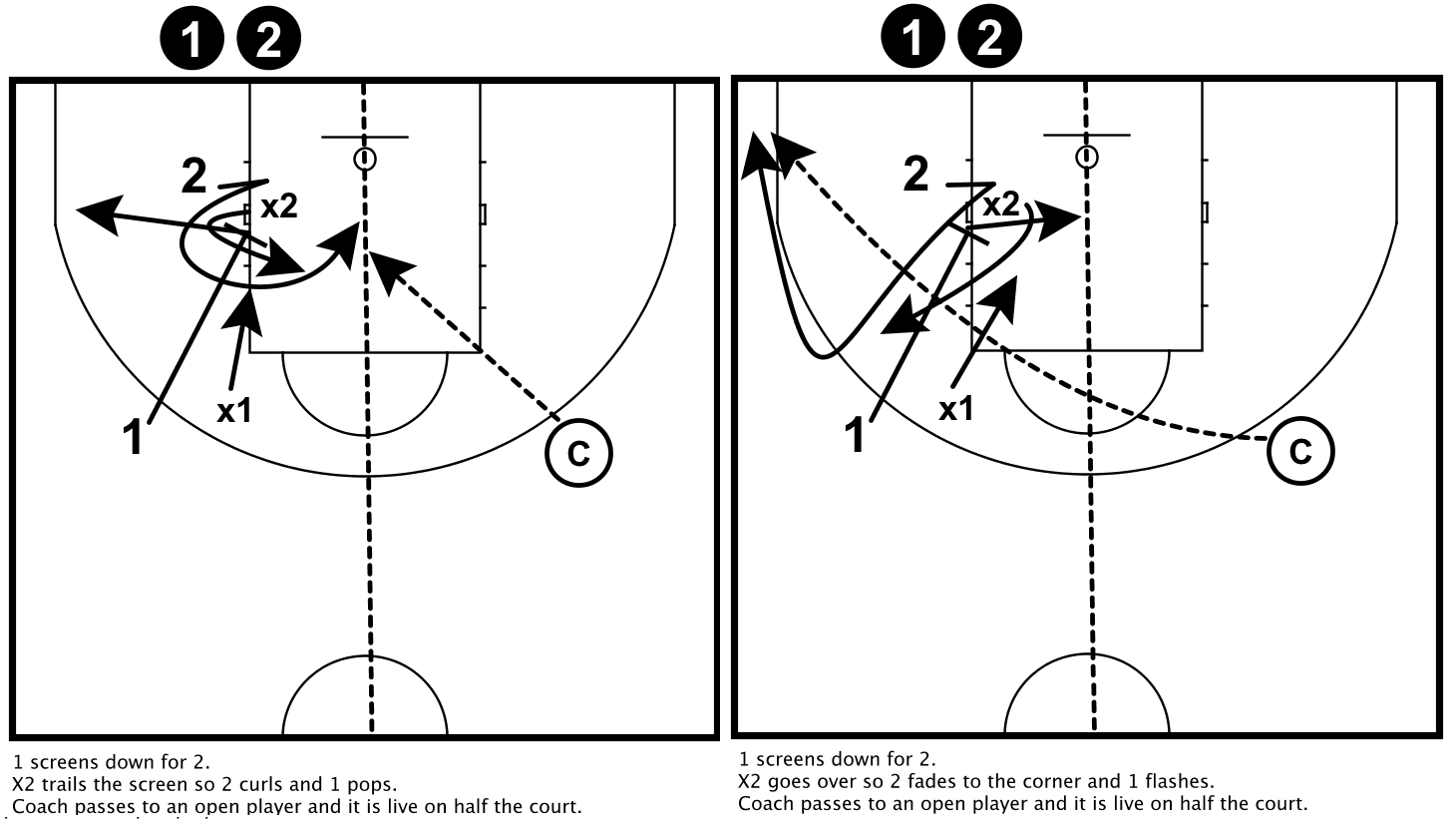 Rotation: defense to offense, offense to off, new team starts on defense. Teams that are not playing should stand under the basket so they can quickly enter and play D.

Progression: Count total stops or scores. Add a third player per team who could be a shooter in the corner.

Coach Positioning: Stand on the line of 45 on the side opposite the players. A second coach could stand under the basket and correct the teams who are off the court.

The offense runs a basic floppy set with two players setting pin down screens for their teammates. The coach passes to one of the four offensive players. Afterwards, the play is live.

Read the first level of the defense while using the screen and the second level of defense on the catch. Everyone must communicate. Be creative and try new maneuvers as the drill progresses. 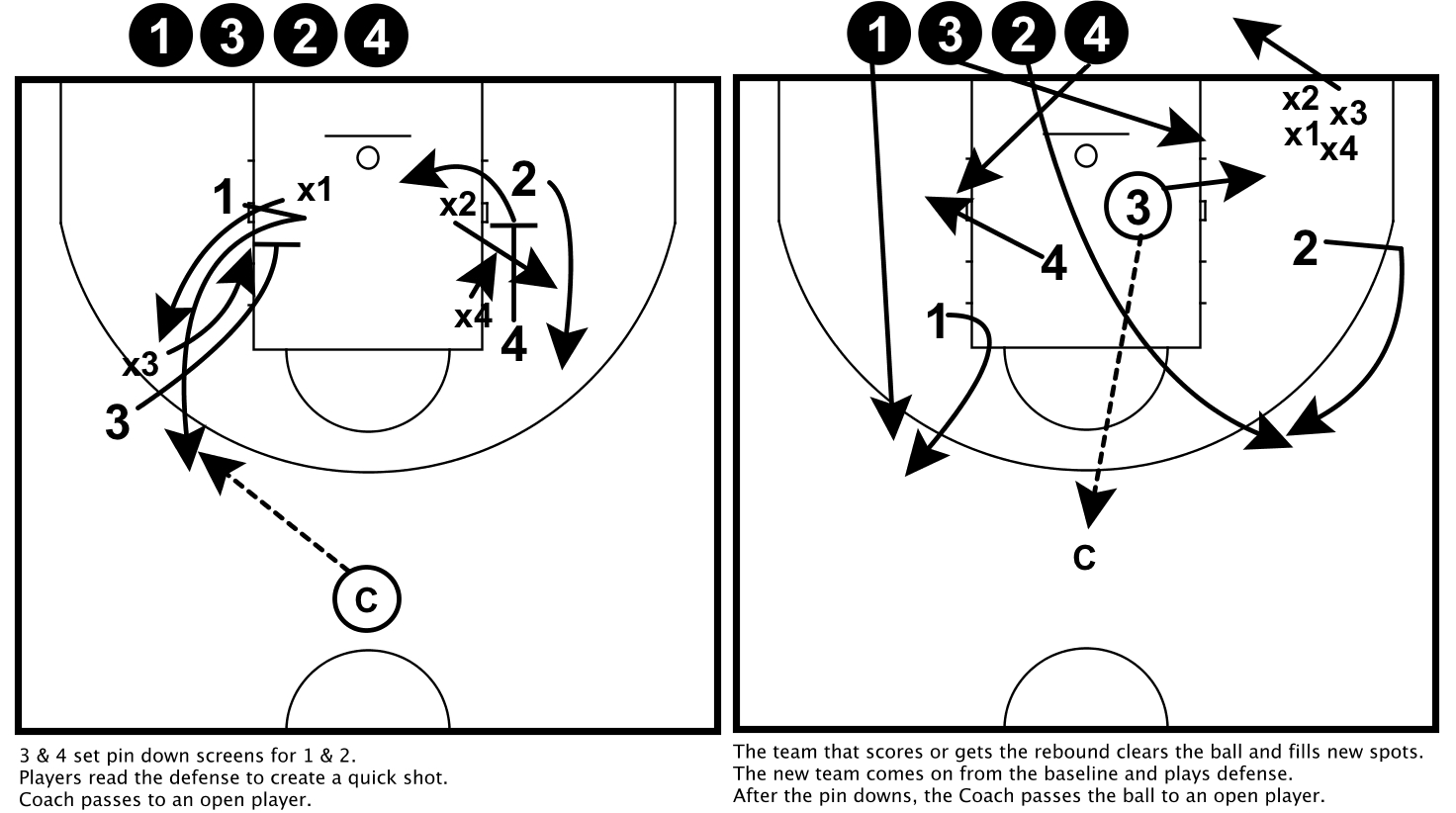 Rules: The offense has a twelve second shot clock and cannot use ball screens. The coach can decide whether the defense is allowed to switch the screen and whether to allow offensive rebounds. The team with the most points in five minutes is the winner.

Rotation: Whichever team scores or rebounds the ball clears the ball to the coach and stays on. The team that loses the ball or is scored upon moves off. The new teams enter on defense. Players should fill different spots and guard different opponents throughout the drill. Teams that are not playing should stand under the basket so they can quickly enter and play D.

Progression: Count total stops or scores. Wave up and down the court (4-on-4-on-4) to raise heart rate. Use an 8 second shot clock.

Coach Positioning: Stand at the top of the key in order to pass the ball. A second coach could stand under the basket and correct the teams as they come off the court.