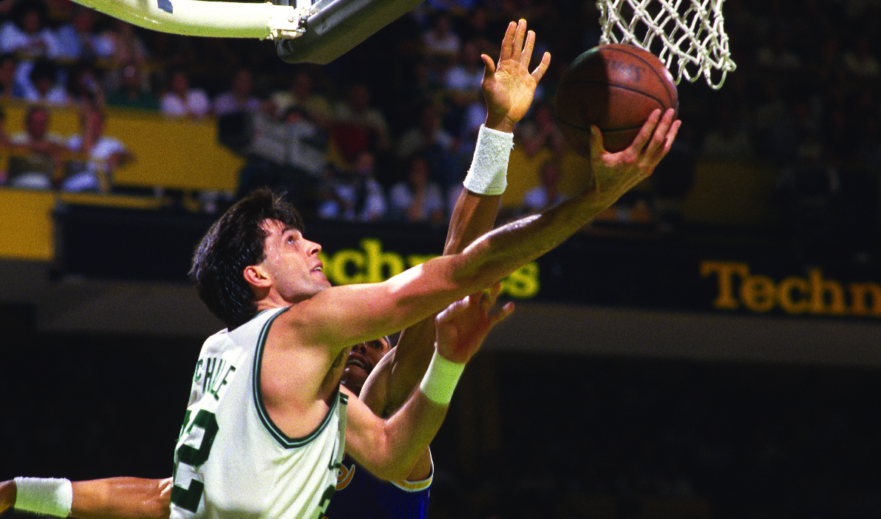 Rebounding is a skill & tactic that is neglected in basketball practices. Practices include ballhandling, shooting and defense but sometimes stop short of completely finishing the possession. Among the Four Factors, rebounding accounts for twenty percent of basketball success.

Coaches can help by allowing game situation drills to continue beyond one shot, until the defense secures the ball, and by regularly practicing rebounding drills. Drill should instruct individual rebounding techniques & small group tactics for team rebounding.

Progression: Hold the ball high overhead, jump & bounce it off the glass. Come down & elevate immediately in order to score. A coach can use a blocking pad to simulate contact.

Progression: Keep score, counting baskets & taking points away for fouls. A coach can start with the ball on the opposite box & change the angle & trajectory of the shot.

1-on-0: The player starts outside the key & throws the ball high off the glass. The rebounder chases the ball & catches it at the height of their jump. Keep the ball high & finish.

Progression: Add simple moves like a front pivot, power dribble or pump-fake. A coach can play guided defense and give a read (middle or baseline) for the putback. Use a blocking pad to increase physicality.

1-on-1: The rebounder starts outside the key & throws the ball off the glass like before. A defender starts in the paint & meets them as they chase the rebound. Hit the offensive player & box out.

Separate the team into two squads. The team lines up for a foul shot using F.I.B.A. rules. For the defense, the two posts & the point guard are inside. For the offense, it can be the two posts for halfcourt defense or two guards for pressure defense, in addition to the shooter.

Alternate which team shoots and keep track of the score (Made FTs: 1pt, Offensive Rebounds & Scores: 2/3pts, Defensive Rebound & Outlet: 1pt). Instruct team rebounding (sandwiching an opposing big with the guard, X-ing (4 screens for 5) out on offense. Communicate as the shooter gets ready. Players lined up rebound on the release; the shooter & those outside the arc wait for the rim. Use a fourteen second shot clock to simulate the short shot clock after an offensive rebound & pushing the ball after the shot.

Progression: Introduce team tactics such as crashing hard from the perimeter & missing free throws on purpose. Play with a short shot clock after the offensive rebound & run a set play at the opposite end after a defensive board. The shooting team can work on tactics just as jamming the outlet pass after a miss or pressing after a make.

Two teams (composed of a guard & a post each) match up on the perimeter & close to the basket. The offensive guard takes a shot & the defender calls “Shot!” loudly. Both defenders box out & the offensive players try to use fakes, spins & swim moves to get the ball. If there is an offensive rebound, try to go 1-on-1 or attack quickly. If there is a defensive rebound, outlet to the guard & transition to the other end. Count two & three point shots & add it to the team score. 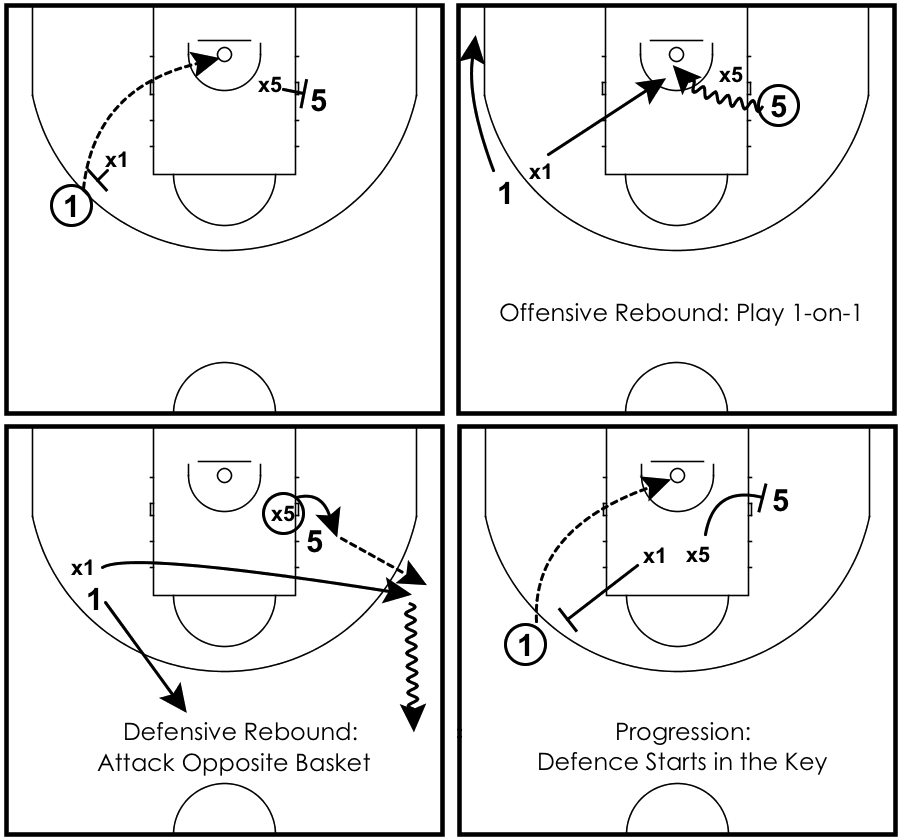 Progression: To increase the challenge of boxing out, the defenders must start in the paint. To simulate game situations, guards can box out posts & vice-versa. Add additional players to create 3-on-3, 4-on-4 or 5-on-5 situations. Use a fourteen second shot clock to push the tempo of play.