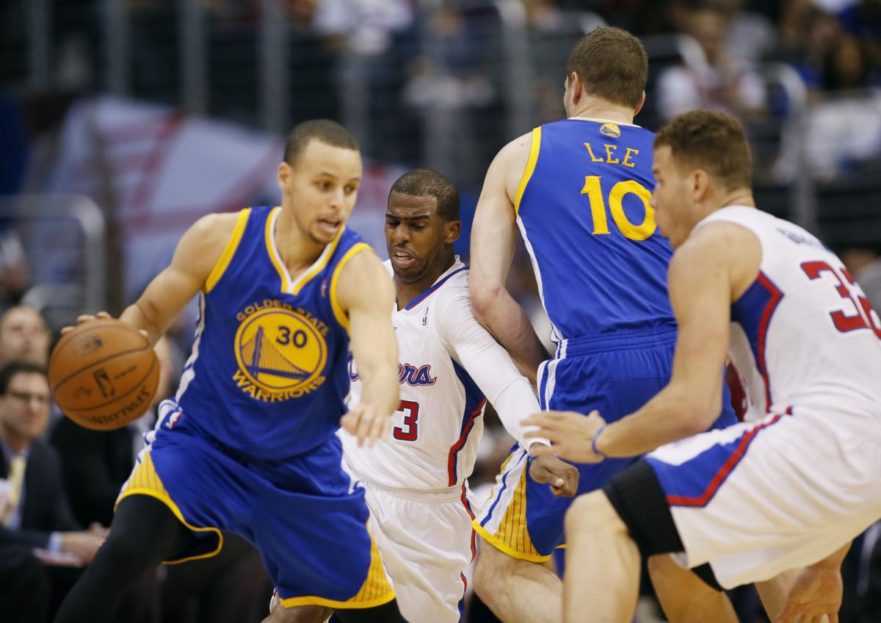 In F.I.B.A. play, offenses often go to a pick & roll situation as the shot clock winds down. The action can also be used in transition & half-court offensive systems. Players must not only master the dribbling, passing, screening & finishing techniques but also understand how to read the defense & make sound decisions.

The coach specifies which actions the players should practice. Basic actions include back door cuts (including power lay-ups, Rondo finishes & Scola finishes), dribble hand-offs (including finishing in the paint, pulling up for a jumper & passing to the corner drift) & swing to screen (including the ballhandler finishes, passing to the roll or pop & rescreen).

Progression: Increase the complexity of the options to load the drill. The coach can conclude the drill by letting the players communicate & choose their own option.

Rotation: No matter who shoots, the player who started in the corner gets the rebound & goes to the end of the line at half-court. The player who initiated the drill at midcourt rotates to that corner. Be careful not to walk through the drill.

Time: Five minutes total. Work on five finishes for one minute each. It is important to work at game intensity in order to get enough repetitions in a short-time. Work-Pause Ratio: 1:2

Posts line up with the ball at the swing spot and guards blast out of the corner to the wing spot. To emphasize position-specific shots for a mature team, keep the posts/forwards separate from guards/wings. If there is more position overlap, the coach may decide to allow players to alternate lines. 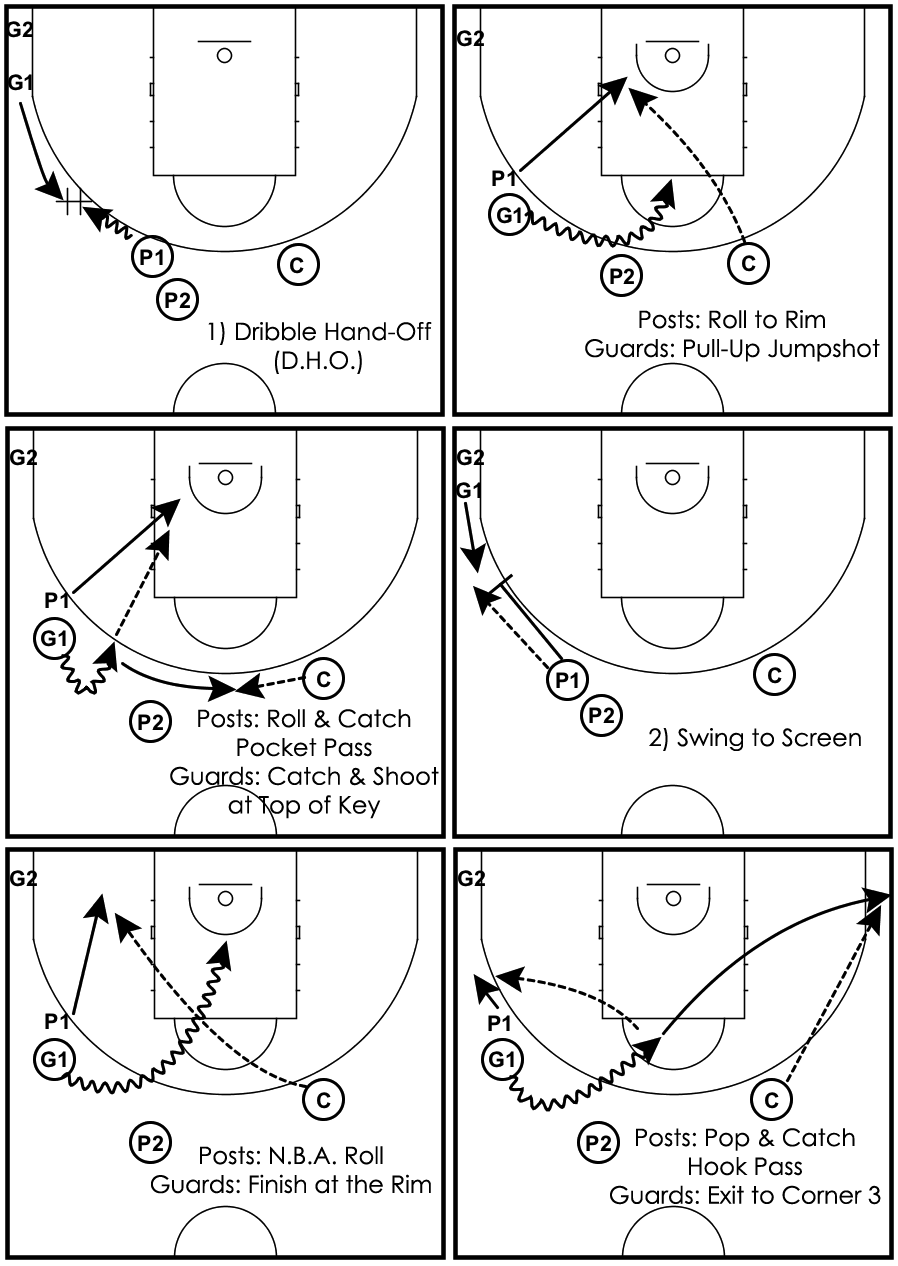 Progression: A second coach can play defense (using a blocking pad to make the posts finish against contact or contesting the guards’ shots). The coach can also call out different cuts (fade, curl, C-cut, come for a hand-off) or finishes (work on finishes such as cross-rim lay-ups, Euro-steps, Rondo pivots & other footwork) so that the players must adjust on the fly.

Time: Eight minutes (60 seconds for each sequence). Perform all four sequences on one side, then switch sides & repeat. Work:Pause Ratio: 1:1

Note: If the coach is unavailable to pass, the second pass can come from the next person in the guard line. The angles are not completely like a game but it can make do.

Posts line up in the middle of the court with the ball. Guards line up on either side. Two defenders prepare to play defense.
The drill begins when the post passes to a guard & sets a pick on the ball. After the 1/5 pick, the defense must defend it without switching (hedge, down, trap). The offense tries to get a shot in the paint or an open shot.

Since there is no switch, there should be a slight advantage for the offense & they should still be able to generate a good shot. Coaches should judge both teams by the process (communication, decision-making, technique) instead of the outcome of the play.

Rotation: The offense goes to defense. The defense goes to the end of the line. After the players have grasped the concept, a second team could be on the baseline ready to play defense so that there is less of a pause between repetitions. Alternate sides of the court.

Time: 7-10 minutes. The players could be placed in squads & compete to a certain number of points (for example, five points per side). Work:Pause Ratio: 1:1

Progression: Begin with hedging the screen & introduce downing & trapping. Teach the posts to roll shallow, pop or rescreen, depending on the situation.

The post self-passes the ball on the block, dribbles & skips the ball to opposite wing. The post sprints to set a pick on the ball. The ball is live once the 1/5 pick is set.

The two defenders involved in the screen must communicate how they will defend the action without switching. The third defender rotates to tag the roll. The offense should emphasize involving the third player (creating a passing triangle for a post up or sucking in the help to create an open shot) so the pick & roll does not become too myopic.

Progression: Call turnovers if the offense makes an error (such as screening inside the arc, not setting the defender up for the screen or stopping the ball).

Suggestion: Film the practice to provide players with visual feedback about their decision-making.