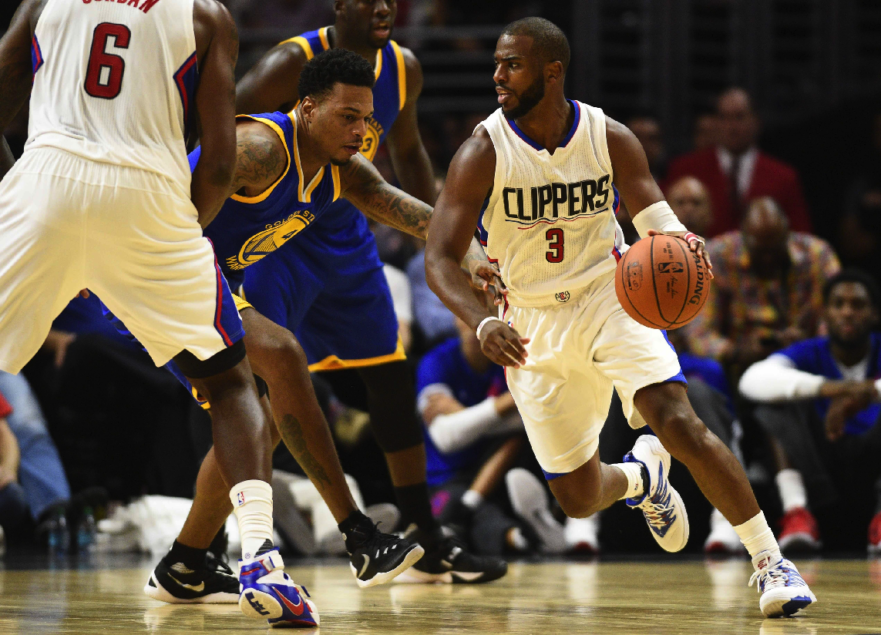 Set up five goals outside the three-point line (in the corners, on the wings and at the top of the key). The player starts under the basket and using their non-dominant hand dribbles around the cone and finishes at the rim. If the finish is missed, go around the cone again.

Load the drill by limiting yourself to one bounce between the cone and the basket. Add different finishes (hop step, spins, step-through, Rondo pivot and others).

On the left wing, a player receives a pass and dribbles with their non-dominant hand. A coach uses a blocking pad to create contact and force the ballhandler to the left. Two other players are on the opposite wing and in the opposite corner. As the dribble penetration occurs, another coach helps and cuts off one of the passing lanes. The dribbler makes a one-handed pass to the open shooter.

Rotation: The passer follows their pass. The shooter rebounds and passes to the first dribbler on the left wing and goes to the end of the line.

Load the drill by adding more complicated ball moves (shot-fake and pull-up, one-dribble to the side of a close-out) or other game situations (such as pass-pass or attack the defense twice). The drill can organize in teams of three and players from the other squad can pass the ball to the non-shooting players so they can get more shots up.

Set up cones to mark an out of bounds area on the right hand side. The defender starts under the basket. The drill begins when the defender bounces the ball once, passes it to the offensive player and closes out. Force left on the close out. Four or five players compete at each hoop but the entire team can compete against each other during the length of the drill.

Rotation: If the offense scores, they stay on offense. If the defense stops, they go to offense. New players enter on defense.

Time: 5-10 minutes. Run the drill from both wings and the top of the key. Compete to a total such as five baskets or most points in five minutes. Work:Pause Ratio: 1:4.

Load the drill by limiting the ballhandler to one or two bounces. Alternate scoring systems could use a short six-second shot clock or insist that the ballhandler get into the paint for the basket to count.

One player takes the ball out of bounds and can run the baseline. A ballhandler lines up on the foul line and another player takes a position at midcourt. The defense pressures the ball the length of the court. 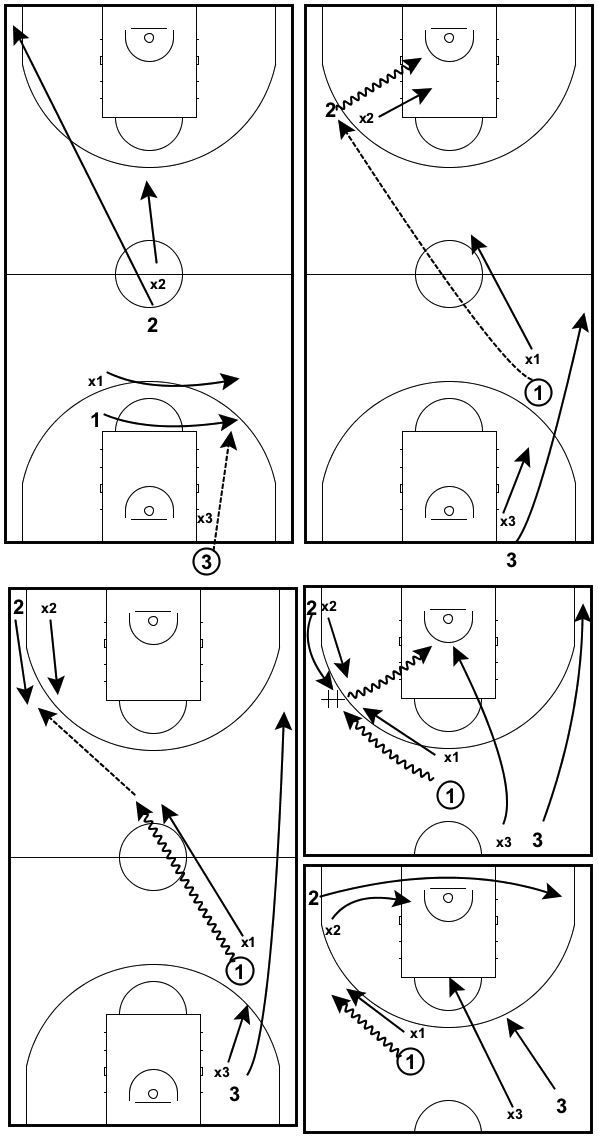 The ballhandler C-cuts across the foul line and receives an inbounds pass with their back to the basket. The player at midcourt runs wide and deep to the opposite corner. The inbounder fills a spot in the other corner. The offense must reverse the ball before they can score.

Options to advance the ball include:

The teams alternate offense and defense as they would in a normal game. Scoring is by twos and threes to five points. A foul is penalized by counting the basket. The ballhandler must use their body and weak-hand to protect the ball.

It is a turnover for the point guard to dribble with their dominant hand and the ball is given to the other team on the opposite baseline. Players should fill all three roles on the court in order to develop a complete skill set.

Time: Play games to five points or three minutes. If space is short, a “Wave” set up (with additional teams on each baseline ready to jump in and play defense) could be used. Work:Pause Ratio: 1:1.

Load the drill by making the player on the wing call for basic offensive actions, such as a Pick and Roll, Post Up or Pin Down screen.