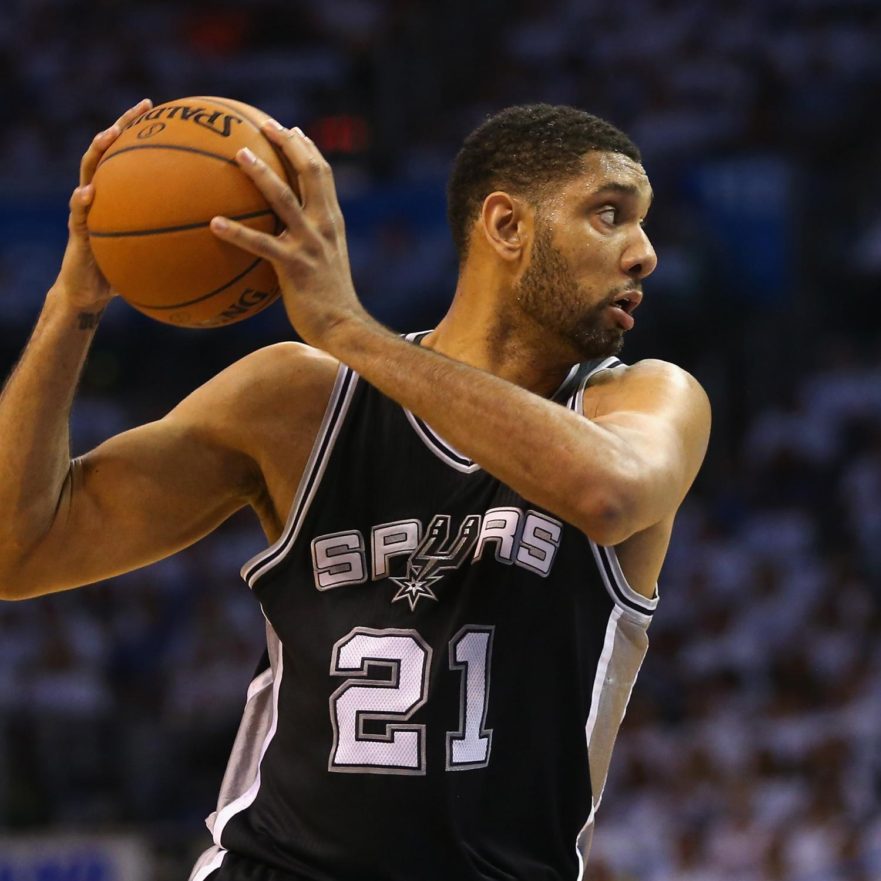 Tim Duncan retired this month, ending a nineteen-year N.B.A. career. Duncan was not a compelling superstar because of his style on the court or controversy away from it, but because of his excellence and consistency. The outcome – five N.B.A. championships – cannot be easily duplicated but players from all levels can learn about the process behind it all. Like the rest of the San Antonio organization, Duncan was about doing the right thing as often as possible.

He let himself be coached.

Gregg Popovich has been known to coach hard or “Go Serbian” and the three players who anchored the recent Spurs dynasty (Duncan, Tony Parker and Manu Ginóbili) allowed him to hold the team accountable. When Popovich held Duncan to a very high standard, Duncan never talked back. He acknowledged that the coach was right and went back on the court and did something about it. Duncan agreed that Popovich could use him as an example in order to inspire the rest of the team to reach the next level.

When a coach displays intensity towards an athlete, it is because they expect more. It is not a personal insult but an invitation to do better. The player’s reaction determines whether it is an event that the entire team will learn from or whether it becomes a distraction. Often, Duncan would take a seat on the bench next to a rookie. When Popovich pulled his starters within a couple minutes of the start of the game, Duncan accepted the feedback and moved on.

A combination of active listening, reflection and purposeful action is the best strategy for receiving feedback in basketball and other areas. Duncan’s quiet demeanour was part of his dignity. It was never about him, just the team. As Popovich said. “He’s not pointing to the sky or glamming (sic) for the cameras, he just plays. And we’ve seen it for so long that it becomes almost mundane, but [it’s] so special, it has to be remembered.”

He changed his role throughout his career.

As a younger player, Duncan learned from David Robinson and Avery Johnson. He then became the team leader and league M.V.P., posting up often and serving as the focal point of an inside-out offense. As Duncan aged and the league changed, he became part of an offense that spaced the floor and shot the ball often so he had to be more opportunistic about his scoring. He remained a quiet leader but allowed Kawhi Leonard and LaMarcus Aldridge to assume the leading roles.

Due to his fundamental skill, Duncan was able to adapt because he could play without the ball. He could fill the trail position on the break, play in the high post and set screens. Duncan could seal inside and anticipate the next pass. He got in shape so the Spurs could push the pace of the game. Duncan didn’t pout about San Antonio’s new style because he was able to adjust and continue to play. He also understood how the game always changes and players need to do likewise.

Duncan learned to be a complement to Parker and Leonard. Popovich reduced the minutes of Duncan and other San Antonio players so they could contribute as they aged and continued to play long seasons. Again, his ego was not tied to his minutes, touches or points but the team’s success. It’s inarguable that Duncan is one of the best teammates and winners in the history of basketball. His lengthy achievements have made him the best power forward of all-time.

He worked hard every day.

When the best player on the team is the hardest working, the team is in good shape. When a superstar feels the need to prove themselves in every workout and drill – like Jerry Rice with the San Francisco 49ers – a strong culture is established.

As soon as Duncan joined the Spurs, he began an intense rivalry with David Robinson over who would be the top big. In the midst of three titles in the middle of the 2000s, Duncan was always present in the San Antonio practice facility working out (observing Duncan during the summer convinced Brent Barry to sign with the team). After his numbers began to slide in 2011, Duncan lost fifteen pounds in order to boost his durability.

Duncan was universally respected by all of his teammates. Peers who saw him working as hard as possible without any complaint knew that they must do likewise. It’s a personal decision about whether to take a lower contract so the team can remain competitive and Duncan was one of the first players who balanced the team’s needs with his own.

He played defense and rebounded.

Over nineteen professional seasons, Duncan’s Win Shares per forty-eight minutes was fairly consistent (between 0.163 and 0.245, never lower than 0.245 during his five peak years). Offensively, Duncan’s numbers worsened a bit; fans can certainly recall some moments in the past few years when a putback or hook shot that would have been automatic in 2003 happened to rim out. But Duncan continued to add value because he played amazing defense (he accrued more than a hundred Offensive and Defensive Win Shares).

Even if you are having trouble scoring, you can prevent the other team from doing the same and rebound, giving your team extra possessions. In each of his final two seasons, Duncan led the league in Defense Box Plus/Minus, reflecting his value on defense relative to a replacement player. He leaves the game as the second-most impactful defensive player ever (after Bill Russell).

Not as much of a post up presence, he continued to aid the San Antonio offense by passing and setting screens. Duncan ran the floor and started the fast break. Basketball demands that players compete at both ends and Duncan won seventy-one percent of the games that he played because he was willing to do whatever his team needed.

He spoke with his actions.

Popovich and R.C. Buford have made decisions in San Antonio based on character first, skill second, a hierarchy that Duncan epitomizes. Only a rare individual can be a fifteen-time All-Star but others can share the same positive core values (dedication, pride, work ethic, teamwork, competition) than exemplify Duncan’s character. Teammates understand that they succeed because of the power forward’s contributions. Youth players must understand how Tim Duncan proved you don’t have to score to succeed.

“He’s a guy who leads not just by example but by being supportive and empathetic and nonjudgmental with teammates, to the point where the trust they have with him is quite significant. Tim Duncan touching you on the back of the head or putting his arm around you on his way into a timeout or leaning over and saying something to you during a time out is big. He know that the attention from him to his teammates is just monstrous in their development and their self-confidence, and that recognition has made him the leader that he is.”