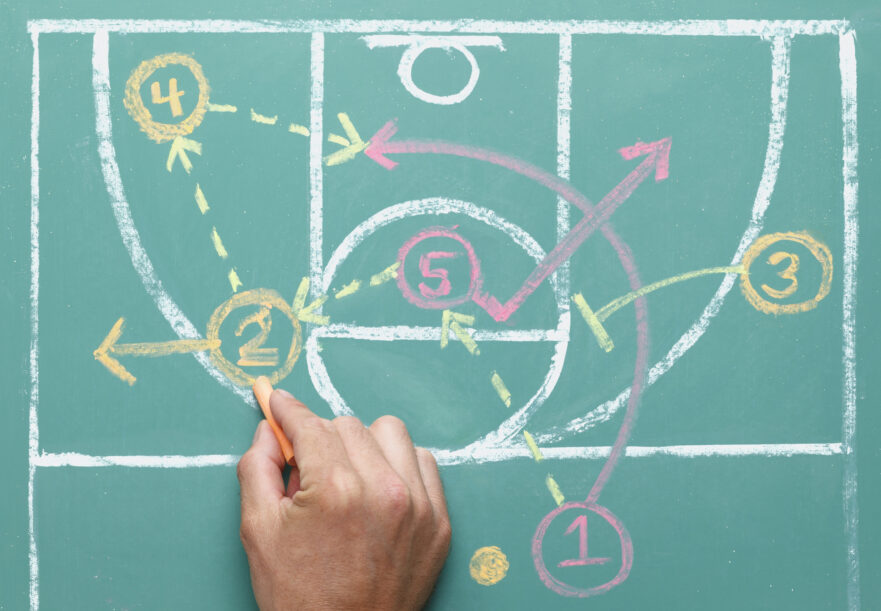 After Phoenix won the first two games of the 2021 N.B.A. Finals decisively, it seemed as if Milwaukee would be hard pressed to avoid a sweep. Not only did the Bucks extend the series but they completed an impressive sweep. Most teams do not feature a dominant athlete like Giannis Antetokounmpo but there are some ideas that any coach can take from these games and apply to their own teams.

Pressure the Ball: Jrue Holiday did an excellent job of setting the tone and pressuring Devin Booker and Chris Paul the length of the top. This used up the shot clock, wore down the Phoenix guards and forced the Suns to run their offense further away from the hoop. Eventually, the player who was not guarded by Holiday had to bring up the ball. Milwaukee contested nearly every shot tightly and forced Phoenix to make some very tough shots.

During the pick and roll in the first two games, Phoenix used the space from the drop coverage to hit midrange pull-ups and managed to get downhill when the Bucks switched. Later, the drop became more aggressive – more like a flat hedge – and it was much harder for Paul and Booker to turn the corner. If Lopez was not involved in the play, the defense switched into the ballhandler and took away the time and space needed to shoot.

Stop their Best Play: At all levels of basketball, good defenses do not let the opponent run their best set. Phoenix was able to force the defense to trail their Chicago action (pin down into a D.H.O.) so that the guard was operating in open space. Later, Holiday would fight over a screen and the big would direct the action away from the paint. The spread pick and roll was set far enough away from the basket that it did not create an advantage and the secondary action in the Suns offense stagnated.

Milwaukee on the other hand was able to execute their best play: Giannis isolating midpost. Phoenix could not establish a wall to force Antetokounmpo to give it up but collapsed enough that the Bucks could crash the glass effectively. Along with the 24 D.H.O. between Giannis and Khris Middleton and transition, the Bucks found several ways to score effectively.

Transition: When Milwaukee got the ball, they ran. Phoenix did not pressure so it was possible to headman the ball quickly. Often, a single guard was back as wings like Antetokounmpo, Portis, Connaughton, and Middleton converted easy baskets. If they the Bucks did not score on the break, they got into their sets quickly. When the Suns pulled the ball out of their own bucket, it meant that they were facing a set defense ready to challenge their shot.

Pass the Ball: Three years of the Mike Budenholzer offense paid off. Milwaukee was adept at finding the open man. If they didn’t score in the paint, they kicked the ball to the perimeter and made an extra pass. Milwaukee made it simple: shoot at the rim or find an open shooter. Consequently, they minimized their turnovers, unlike Phoenix (who seemed to force it for a home run play). The ball movement also encouraged their entire Bucks rotation to remain energized at the defensive end.