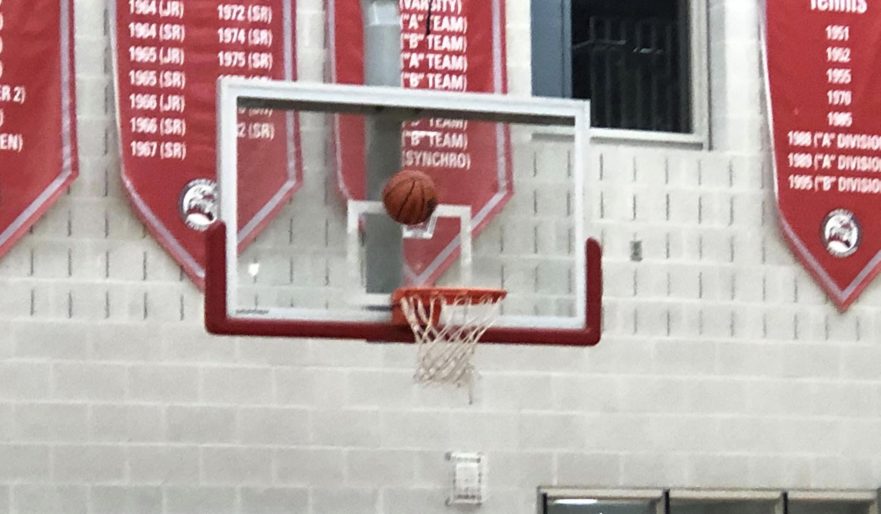 The lengthy off-season in 2020 was an opportunity for thorough reflection. After attending dozens of virtual clinics, talking to other coaches and reading, I’ve settled on ten ideas that I think complement my coaching philosophy and can be implemented for the next season. I was not seeking to make significant change but incremental improvements.

I was looking for a theme for the upcoming season and found It’s Your Ship by Michael Abrashoff summarized the message that I hope to communicate to the team. Some of the remaining elements in this list – such as the closeouts, practice intensity and leadership development – will only be attained if players also feel that it is important. I am willing to concede authority in some areas to ensure that what we do is done with maximum intensity.

Involving the players in the goal-setting for the next year and encouraging them to organize themselves when possible will result in more engagement than if I impose myself. If anyone brings a good suggestion about what they would do if they were the coach, I will consider it. The standards will remain the same but the aim is to give student-athletes the tools they need to respectfully hold each other accountable. I think that peer interventions are more meaningful so I will give the team the first chance to “make it right” before I intervene.

After watching every game film, it was evident we were not getting there in time to pressure shooters and gave up too many “beat straights.” Defense was a linchpin of our success in the past season but we need to get to the next level. To get to the shooter with high hands without losing balance, I will be more mindful of closing out through the shoulders. Guarding our man 1-on-1 is the lynchpin of our defense.

I think that I was inconsistent with our shell during the year and did not emphasize the value of a strong closeout enough. I need to demonstrate exactly what I want to see. Watching the closeouts more in one-on-one and small-sided games will be complemented by showing more defensive film. Metrics will be contested/open shots and beat straights. At the start of the year, I made a point about kills (three stops in a row) but this became lost as the season progressed so I have to ensure that I do not lose the plot.

The end-of-year survey suggested that I communicate the goal of each drill more effectively and it has always been a goal to speak more concisely.  As Kevin Eastman said, “clarity must precede accountability.”  If the coach is not sufficiently clear, the players cannot be held accountable.  I think that we include a clear set of expressions on the practice plan but I could be more consistent in repeating them.

Succinctness is also a better instructional strategy.  Reducing a drill to a point of emphasis or key performance indicator makes it easier to focus.  Simplifying the constraints that the players face allow them to get more reps and make more decisions during competitions.  Generally, coaches should talk less so athletes can play more.

In previous seasons, I haven’t created enough dynamic movement earlier in the shot clock to shift the defense before we initiate our primary action. Pushing the ball ahead in the primary break and running flow to get a good shot for the team will remain offensive goals but I will be more persistent about the secondary break. I think that players will buy in when they see that actions like cutting or pinning in for a shooter result in more points per possession and obtain easier scores in the preseason.

Putting in a few simple actions for wing entries, ball reversals and “crossing the river” in transition can be constraints for the first few scrimmages. The players will read each other and the defense and I think that they will create some intriguing adjustments of their own. When coaching boys basketball, I feel like we could cut more and I think that the secondary break will be an effective method to encourage this movement.

Last year, I emphasized intensity on defense, especially making multiple efforts on each play. This was at the expense of technique. Although I think that playing hard on defense led to victories, I want to move back towards a balance with the goal of increasing wins against better teams. The end destination is still to disrupt the opponent but the route to get there will be more specific.

I’ve always had an offensive playbook so I took some time to make the same for the defensive end. Circling back to the goal of clarity and Understanding by Design, thinking about what each possession will look like will help the coaches teach the techniques that we want to see. It forced me to think about every decision that we make in transition, rebounding and ballscreen – and everything else – and ensure that it all fits together. I have some ideas about new drills with points of emphasis that match what need to happen on the court and analytics that will keep us accountable.

I think that I fell into a trap of repeating too many drills in practice where the half-court defense was mostly set and it doesn’t reflect the chaos of a game. Starting small-sided games from turnovers, in transition, from a killed dribble, out of a trap and other situations will cover the plays that make up the majority of a basketball game. Rather than burden the offense with too many restrictions, I will give the defense constraints so the offense can read and react, as they would in a game.

I always believe in showing people instead of telling them. After rewatching all of the games to cut individual tape for all players, I have compiled clips of our team executing all of our common offensive and defensive actions. This is the video that we will show first as part of our whole-part-whole instructions, even before we get on the court to walk through it.

Even if it is three to five clips at a time, daily use of film will add clarity. It’s important to “start with why” and these clips will show new players that these sets lead to points (or tough shots/turnovers). I think it will increase confidence as the student-athletes see their peers succeeding doing the same actions that they are practicing.

When adversity occurs, I will try to involve players in the problem, not just the solution.  If a coach simply tells athletes what to do, they are deprived of ownership and don’t learn how to solve problems on their own.  During the past season, some of our best timeout suggestions came from team members who were not dressed and players provided sound scouting reports.

From a creativity point of view, the more people involved, the easier it is to determine the root cause of the problem.  The are more perspectives and possibilities.  Everyone takes ownership.  Everyone learns that they are capable of generating a solution.

In the basketball settings, I think that providing a basic constraint and letting players compete more will improve our Flow offense.  They can run a brief action to create an advantage and read the defense.  I’m sure that they will come up with actions that the coaches didn’t consider.  I hope to see more foul line huddles during games too.

Captains Council: To better develop leadership and foster player ownership of the team, I have added time to touch base with the three or four during pre-practice. Although I have done this informally, this reminder will inspire me to develop more productive activities during this time and delegate more to the athletes. I will work with these athletes to lead the warm-ups and cool-downs, organize the text group and echo my message of raising practice intensity. This will also be an opportunity to provide more opportunities to lead and hear about concerns from the bottom up.

Shoutouts: Inspired by Zoom Pizza’s routine to end company meetings, we will take a moment at the conclusion of each practice for teammates to acknowledge each other: perhaps for an exemplary effort in a drill or making a contribution in a class or other extra-curricular. I think that this will inspire the basketball team to lead by example at the school and build social capital among the players.

Now, that I’ve established the changes that I want to make, I have to think about the implementation of these ideas. Coaches always need to improve themselves if they expect the team to do the same. I have a few more thoughts about starting the season virtually and maximizing skill development in a limited amount of time but we’ll see what happens in the fall. Always trying to learn something new each day and keep moving in the right direction.