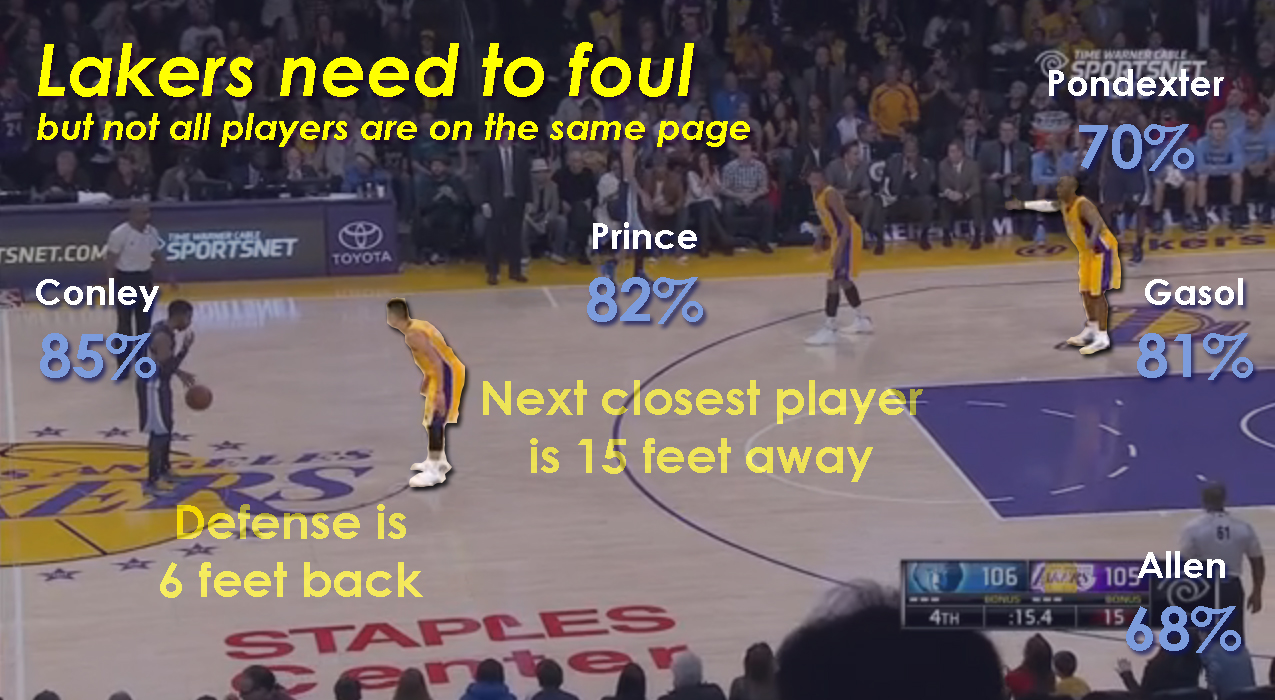 The Lakers experienced an awkward play at the end of of Friday’s game against the Grizzlies. Memphis was up a single point with under twenty seconds remaining but Los Angeles elected not to foul immediately. Eventually, Kobe Bryant ran over and fouled Mike Conley. The Lakers eventually lost by three points.

Some areas for improvement: