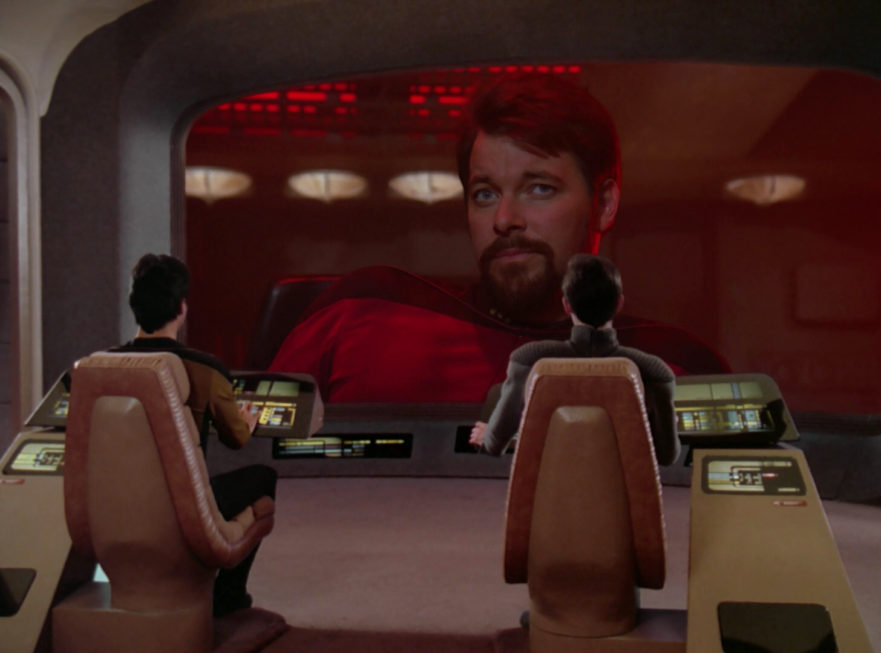 When Commander Riker volunteered to serve aboard the Klingon vessel “Pagh”, he encountered several challenges as he adapted to the new environment. Star Trek frequently used a utopian vision of the future to show how humans can better interact the episode “A Matter of Honor” is no exception.

As a participant in the Officer Exchange Program, William Riker enters a new culture and must judge when he must adapt and when he must stand for his convictions, as a Benzite named Mendon does likewise as the Enterprise’s science officer. At first, he displays a tough exterior to his new shipmates but later defers and compromises as the episode progresses. Riker understands that he cannot live by his reputation from his Starfleet and establishes his position clearly as soon as he steps onto the bridge of the Pagh.

A mystery is discovered in the form of strange bacteria which devour the hulls of both ships. Consequently, the Klingon captain blames the Enterprise and begins a pursuit. Riker is conflicted, balancing the two oaths which he took to Starfleet and his new captain. He endeavours to be consistent with both promises in order to maintain his integrity and the respect of the Klingon crew.

When the episode reaches its climax, it seems as if the Enterprise and the Pagh are doomed to a mutually self-destructive battle. Riker creates a new solution through ingenuity and innovation. Understanding both perspectives, he acted decisively in a way that reflected both human and Klingon cultures.

Although lacking in action relative to other shows, Star Trek remains a personal favourite. Each crew featured distinctive leadership personalities however I appreciate the leadership style of Jean-Luc Picard the best. Picard encouraged a collaborative decision-making process and allowed each stakeholder to feel ownership over the ship’s course.